The Ensemble Sylphiades was created in 2014 from the close collaboration between Edwige Huant, singer, and Jérôme Duchemin, violist.
Its name comes from the sylphes : spirits of the air, mythological creatures, symbol of beauty, subtelty and spiritual aspiration.
The sylphes are for Edwige and Jérôme a metaphor of the lyrical flights and of the image of beauty they wanted to covey through their choice of music.
While continuing giving its concerts, the Ensemble Sylphiades is working hand in hand with retirement homes and medical centers so that everyone can have access to music. 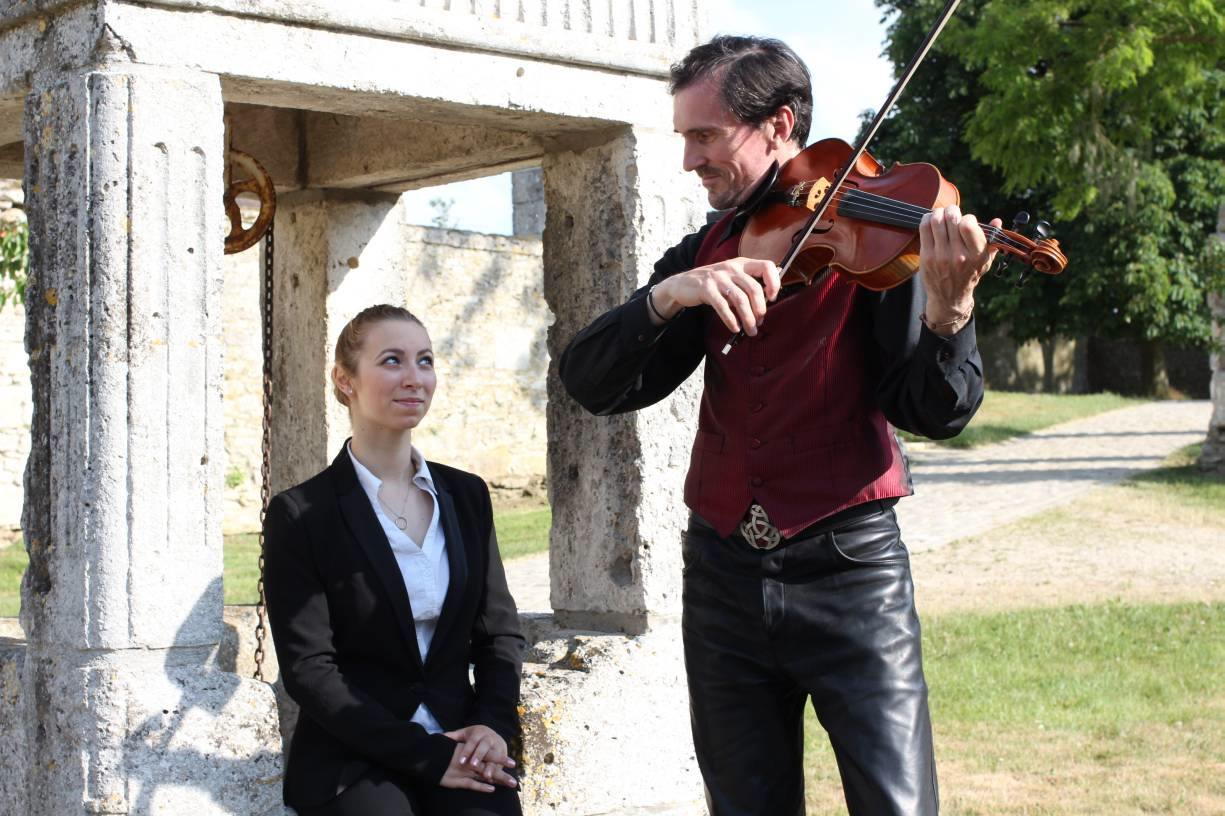 The members of the Ensemble 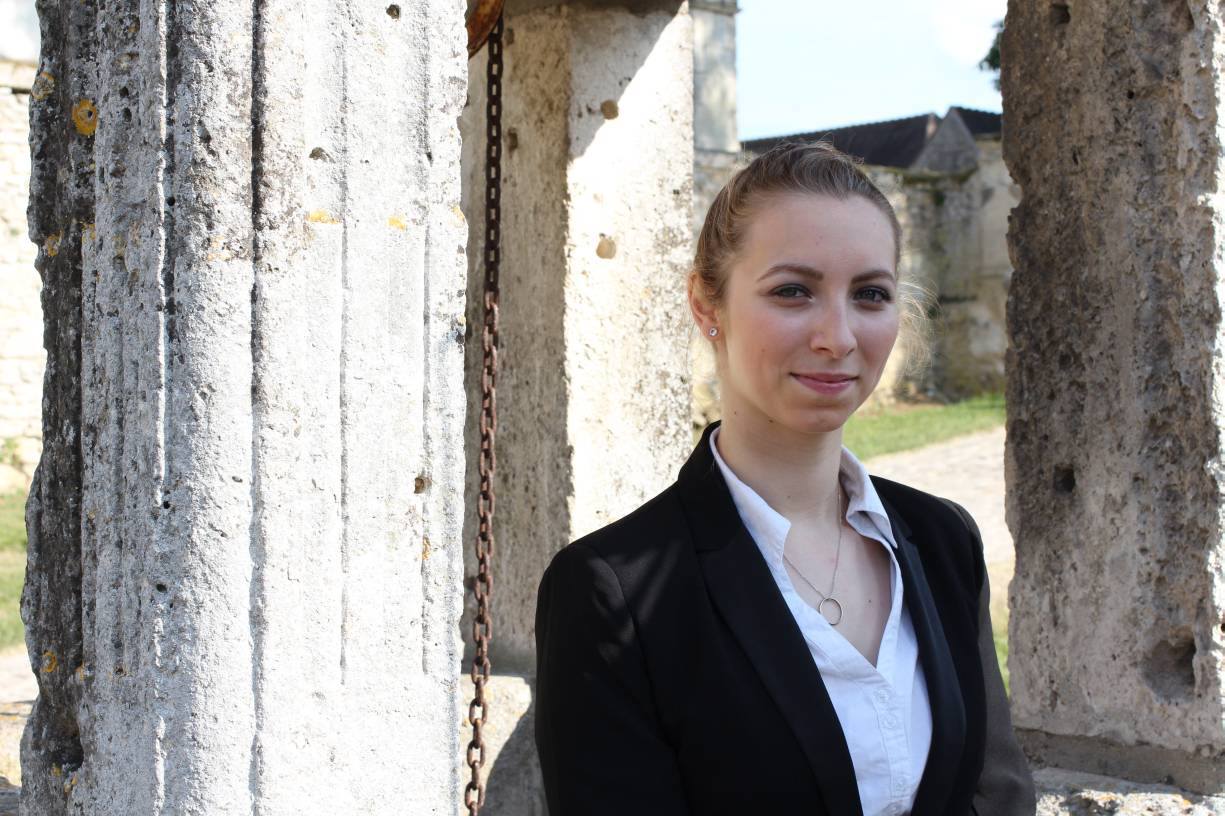 Since her very childhood Edwige loves singing and being on stage. At 8 years old she knew she wanted to be a singer and discovered the joy of singing in a choir. At 10 she wanted to be a soloist. She will never stop going on stage since then.
In 2011 she met David Serero, famous baritone, with whom she sang Memory by Barbra Streisand. The year after, Edwige took singing lessons in the "Manufacture de la Chanson", in Paris, a mythic place where a lot of performers made their first steps. After that, she became the student of Christine Dumont, soloist and choir member of Paris' opera, to turn herself to the lyrical art.
Fond of languages, not only does Edwige sing her songs in French but also in Italian, English, Spanish, Yemeni and wishes to start the Russian repertoire.
She also writes her own texts (poetry, theatre, novela) and composes her songs. She also practices dance since she is young and will allow, without doubt, the Ensemble Sylphiades to widen its expression area. 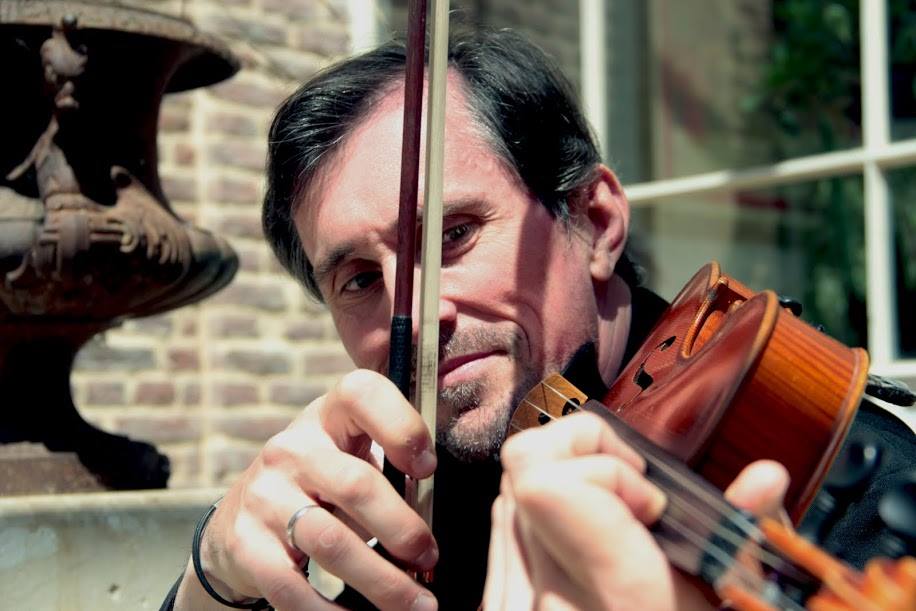 Jérôme began playing the violin in 1972 in the "Conservatoire à Rayonnement Départemental Claude Debussy" in Saint Germain en Laye, in Nicole Lepeinte's class, and, after this, went to the CNR of Versailles with Antoine Goulard until 1986. He studied the viola with Paul Hadjaje and Jean Roudon to earn unanimously his gold medal with the congratulations of the jury, in 1989.
He showed all his passion and enthusiasm for the chamber music in the classes of Mr Jean-François Gonzalès and Mr Michel Tournus and began his carrer as principal viola in the "Archers Européens" to perform in the Sainte Chapelle (Paris) during six years. Noticed in this prestigious place, he was called to play under the direction of  J-P Walles, J-C Casadesus, Yutaka Sado in the parisian orchestras : Colonne, Pasdeloup and Lamoureux.
His passion for his instrument and its repertoire soon motivated him to create the trio «Der Dichter» (clarinet, viola and piano) and exhaust its repertoire during six years, through France and abroad (Bonn, Köhl, Mannehein...).
Bernard Calmel, violist in the Ensemble Orchestral of Paris, asked him in 1991 to be a member of his ensemble. He played a very new repertoire of musical creations with a lot of discs for the work of Daniel Lesur. Him, Jérôme's last music school's headmaster : Mr Jean Aubin (Price of Rome), and his friend Mr Janos Komivès offered him one of their work, signed, as a recognition of his musical generosity.
In 1994 he became viola soloist of the "Orchestre de Chambre Lyrique" of Paris under the direction of Mr Haïk Davtian and created the «Quintette Khroma» (string quartet and double bass) with Haïk Davtian in first violin, with a Russian, Armenian, Georgian and classical program. Many concerts were given worldwide (Hungary, United Arab Emirates...) and a disc was registered in 1999 : "Petits Jeux" (Tiny Games). At the same moment, he met Mr Janos Komivès (composer, music inspector, music school's headmaster and artistic headmaster of "Sérénade Orchestra" and OPUS 95) who asked him, after audition, to become his viola solo. That's what he was until his friend's death in 2005. A lot of concerts and recordings were made (2nd Serenade op.16 of Brahms, Four serious songs op.21, ...).
Mr Komivès was, after this, his training master so that he earned his official qualification of viola in 2003. Jérôme Duchemin, fond of pedagogy since his very childhood, has invested himself for 26 years in many music schools, public or private.
From 2000 to 2009 he was at the head of his string quartet "Oknos Quartet", with a classical and contemporary repertoire : full Opus 18 of Beethoven, full Opus 20 of Haydn, Schubert, Mozart, Dvorak, Malipiero, and contemporary creations. This quartet has played in different festivals as Moncontour or Quimper and gave many concerts everywhere in France. In 2004, "Le Concert" directed by Mr Thierry Pélicant called him as first viola and active member of his symphonic orchestra of the department of Oise (north of Paris). He was invited to play the Sinfonia concertante of Mozart. He met Mr Frederic Visconte (1st violin) who asked him to be part of his ensemble "Amabile", and go on stage in France.
He has been, since 2008, viola soloist of the symphonic orchestra Bell'Arte under the direction of Mr Richard Boudarham whith which the classical programmes, by their diversity, led him to many recordings of film music ("Yes, But..." by Yves Lavendier, "One Swallow Brought Spring" and "Merry Christmas" by Christian Carion, "Nothing to declare" by Dany Boon, "Potiche" by François Ozon and many others.)
In 2013, Jérôme was called to diversify his stage perfomances and plays, since them, "The lesson" by Ionesco in a tango version with the Compagnie de la Fortune, co-founded by Hélène Laurca and Laurent Thémans. Together, they performed in the festival of Avignon in 2014 and had an astonishing success. Jérôme also played with them "The Bourgeois Gentleman" by Molière, surrounded by many actors and dancers.
In 2014, Edwige and him founded the Ensemble Sylphiades in a viola-voice repertoire, performing with both classical and modern music. 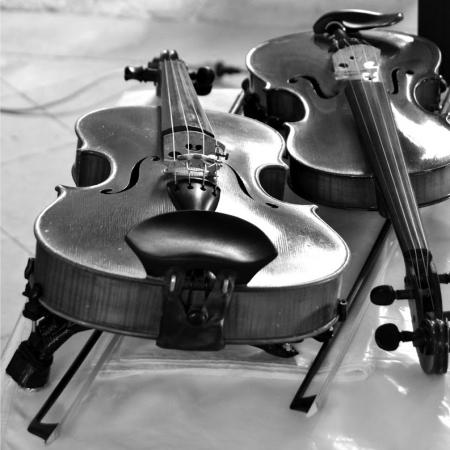 Three most strinking moments in his artistic life :

Being the student of Paul Hadjaje in viola, Jean-François Gonzales in chamber music and Janos Komivès in orchestra and pedagogy
Meeting and working with Philippe Rombi and Richard Boudarahm
The years working with "Oknos Quartet"